Defining Black Pride for Self

I began thinking about this in earnest yesterday, after several discussions (see: Facebook) on race and race politics in America. The seed for this was planted in my mind after reading this spectacular article written by my friend Mo the Educator regarding race politics and “proper blackness”. After reading this article and leaving my comments on it, I began thinking: What does it mean to me to be a Black American and to have Black Pride? I ask these questions and, in what follows, hope that I have found the beginnings of an answer. As always, please chime in on the comments (or contact me by other means) if you have an opinion. Twenty-seven years of life as a Black American doesn’t qualify me as some supreme expert on the subject, and I welcome all feedback; anything that makes me think is worth considering. 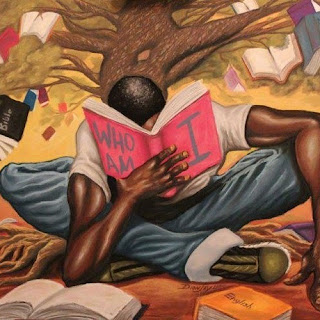 Starting broadly, I think that being a Black American means that your ancestry is traceable back to any one of the millions of slaves that inhabited this country. Whether you can actually trace it back yourself is irrelevant. Whether your skin color shows your heritage or not is also irrelevant, though it does make it harder for you to assert your “blackness” where applicable. If you share blood with one of those that was enslaved here in the United States, you’re a Black American. That means, to me, that Black Canadians, Caribbeans, Central Americans, and South Americans that come to the United States are not Black Americans. They’re still Black, as they share that same slave descent, but they’re not Black Americans. That also means that, again to me, Africans (immigrant and otherwise) are not Black— they’re African (and since Africa is not a country, they’re Nigerian, Ethiopian, Egyptian, Moroccan, Senegalese, etc). This is not to say that being a Black American is any better (or worse) than being Black Dominican, Black Brazilian, or Congolese; it’s simply just not the same category. 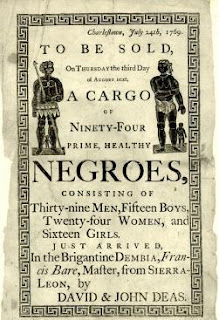 That said, I think that the essence of “Blackness”, whether you’re in America or not, lies in that shared history of pain coming from slavery. That’s the common thread that binds all of us lost children in the Western Hemisphere. We’re lost because much of our history has been scrambled and/or lost by the slave trade, so much so that we might as well have sprouted randomly from American soil. Our ancestors lost their music, their gods, their dances, their food, their names—their identities were lost in the beatings, the killings, and the suicides that characterized those difficult times. In this oppressive alien land, Blacks as a people have had to reboot their culture from the ground up. Thus, when I think on Black Pride and try to define it in my own mind, this is where I start. I hesitate to use “African American”, for these very reasons. Yes, we’re of African descent and we never can nor should we ever deny that. However, we’re so disconnected from that root that to call ourselves African-Americans similar to the way in which others refer to themselves as Chinese-Americans, Indian-Americans, and Norwegian-Americans is disingenuous, as it pertains to our actual connection to anything in Africa. There is no “old country” for us. Our pre-slavery history is black as our skin (ooh wee, that was clever! Wasn’t that clever? I thought that was clever.).

Black Pride means first acknowledging and owning that slave ancestry, and very simply being proud that you managed to come out of that. It means remembering their struggle and honoring the values that they fought for. It means keeping in mind that, above all else, our forebears bled, suffered, and died for the opportunity to choose who we wanted to be, and be acknowledged as human. It means honoring our skin color, our typical common tracer (though not always obvious, as my own grandmother could’ve passed for a tanned white lady), and the rainbow of shades in which we can appear. 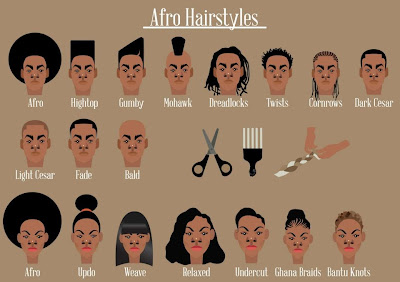 It means being proud of our hair in its natural state, in the bouquet of different curls in which it can come. It also means knowing and acknowledging with honesty the historical roots of hairstyles like relaxed hair, weaves, and extensions. The reason for a style is as important as, if not more than, the style itself. If you relax or otherwise disguise/alter the nature of your hair, know that women and men use to do it because our hair was thought of as disgusting and deplorable in its natural state. Know that women and men burned themselves with lye and hot combs in order to get hair that looked “white”. Know that “goodness” of one’s hair is still a raw wound amongst people of color. And if you’re on the flip side of that and are judging those with hair appearing different than yours, cut that nonsense and know that everyone has different preferences and may not be the “lost child” that you think they are. Check yourself accordingly, then move on with your life knowing that the style you choose is the style YOU choose that makes you happy, and not the product of any residual self hate or a misguided need to rebel. 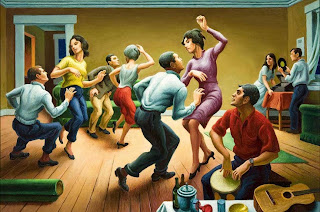 It means honoring others like us that share our history and working to bring them up in ways that respect their individual struggles, as they’re the descendants of our own ancestors’ partners in struggle. It means honoring the music our people make, the steps that our people take when they dance, and calling out either one when they dishonor us. It also means honoring the fact that we are of African origin, and paying homage to the cultures that have sprouted up and lived there over time, though I caution against generic African reverence because it carries a similar ignorance of the individual peoples of Africa that is shared by those that have oppressed those people.

Black pride means honoring our food and cooking styles, while taking strides to find healthier alternatives to classic “soul food” which will annihilate your body over time. It means honoring our bodies and all of the different ways in which they can appear. Because of centuries of selective breeding, convolved with basic characteristics of our African ancestry and some mixture of native American and European (from both legitimate and illegitimate relationships), our body types follow certain trends. Honor your musculature, your curves, and your other physical characteristics, but also honor your health. Don’t write off poor (or nonexistent) eating and exercise habits. There’s a big difference between a genetic big butt and a McDonald’s big butt. Own it.

It means honoring Black religious practices, whether you believe or don’t (like myself). That in particular means not only revering your Muhammad or Black Jesus, but respecting practitioners of Vodou, Candomblé, Santeria, and other religions that have sprouted from Black mouths and minds, as well as respecting those who have chosen not to subscribe to a religion. You don’t have to believe the way that someone else does to pay respect.

It also means honoring the style with which we speak, and not denigrating the slang that comes out of our neighborhoods just because it’s different from the “proper English” that we’ve all learned. It’s its own English dialect and should be viewed as such, and not looked down upon simply because it has grown out of the ghettos. It should also be allowed to be analyzed and critiqued like any other dialect, especially when parts of it put prison, pimp, and drug culture on a pedestal. The same goes for our fashion.

To me, Black Pride means all of these things and more, much of which I’m still fleshing out for myself. At the last, Black Pride means honoring yourself because you are who you are, and not dishonoring other cultures because they’re different, or because individuals in those cultures resemble (and let’s face it, sometimes actively emulate) those that once beat, raped, swindled, and lynched our ancestors. Acknowledge the pain, the anger, and the resentment, but don’t transfer it to those who exist today. Unless they deserve it.

I apologize in advance if I rambled a little. I just like to define my terms for clarity before starting a discussion of this type. Blame my desire to write in my speaking voice and my speech training as an astronomer.